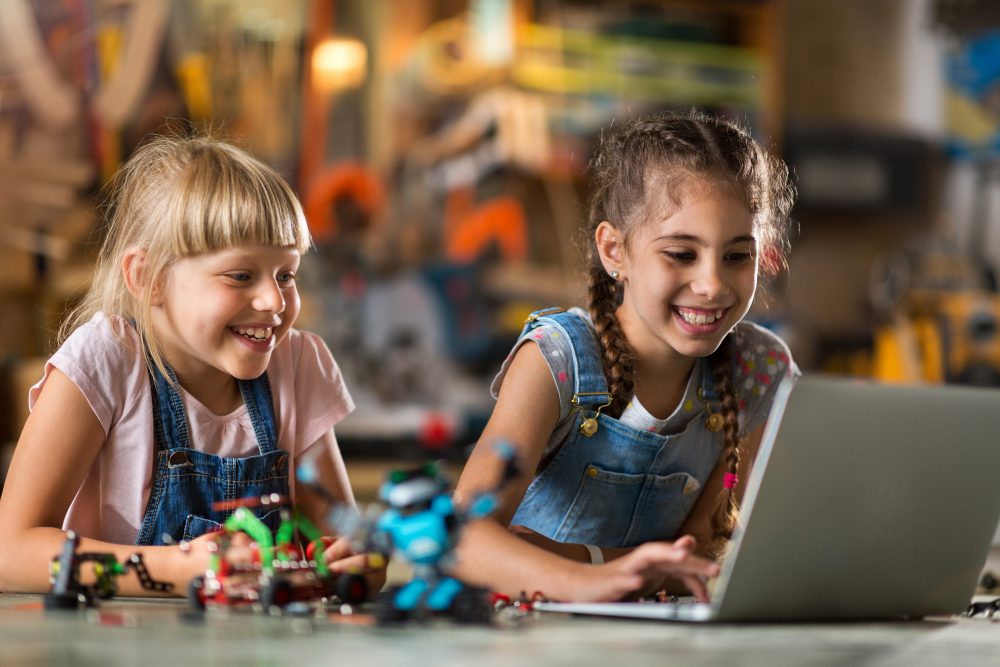 Over the past few decades, there has been a massive improvement when it comes to women in medicine, business, and law. Although all these are male-dominated fields, it’s become not uncommon to see successful female doctors, nurses, lawyers, attorneys, and entrepreneurs.

Yet, when it comes to science, technology, engineering, and math, things aren’t as promising.

While there is indeed an increase in the number of women who study STEM programs in college and take STEM jobs, facts on women in STEM reveal that their percentage in these fields is actually dropping.

Not only fewer women opt for STEM education and careers but are also more likely to leave and get paid less. Considering the fact that there is a huge emphasis on gender equality throughout the United States, a lack of women in STEM does not make much sense.

The Bureau of Labor Statistics indicates that there is plenty of need for more workers in STEM. Even though STEM salaries are some of the highest, we have a shortage of STEM professionals. We need at least a million more STEM professionals right now, and this number is only expected to increase over the coming decades.

Why is there a lack of women in STEM despite a shortage of professionals in the field?

Are Women Simply Not Designed for STEM?

Biologically, there are differences between male and female brains. Boys are better at special tasks. Girls, however, excel at verbal recall tasks. This is frequently an argument to state that women aren’t biologically designed for STEM.

However, scientifically, this difference isn’t large and its effect on female aptitude to STEM is minuscule. Thus, the biological differences alone do not provide enough proof and explanation for the lack of women in STEM.

There are plenty of famous women in STEM who prove that they are equally as capable as men. Moreover, countries with less gender equality curiously have more women in STEM. You’d expect the opposite trend to prevail.

The data clearly indicates that something about the way we approach this issue isn’t working. To fix something that isn’t working, we need to find out why it’s broken in the first place.

4 Primary Reasons for the Lack of Women in STEM

1. The Environment Shapes Girls’ Interest and Motivation in STEM

A report from the American Association of University Women (AAUW) shows that the learning environment and social belief system affect girls’ interest and achievements in STEM subjects.

Findings revealed that girls who believe that experience and learning expanded intelligence were more likely to do better on math tests. They also expressed more interest in pursuing science subjects in the future. The opposite belief achieved the contrary effect.

Thus, a “growth mindset” can have a massive impact on whether girls will keep their interest and motivation in STEM or go for more “feminine” careers instead.

Another study performed in Europe showed that how women are treated in a specific country has a direct correlation with how well girls perform on math tests.

Thus, a combination of both emphasis on gender equality and encouragement of growth mindset has a direct impact on girls’ achievements in science subjects and future career choices.

Research shows that people view STEM fields as masculine up to this day. Society views women in science and engineering jobs as less competent than men unless they are showing a considerable success. And even then people view them less likable individuals.

These stereotypes directly affect women’s motivation and emotional state at their job and in society. As a result, even those few women who end up in science and engineering positions are more likely to quit stating isolation and hostility at their workplace as some of the primary reasons for them doing so.

When it comes to middle school, there are plenty of options and support for girls to develops STEM skills. There are science classes and science fairs that are eager to involve girls.

However, beyond middle school, this support diminishes and so does the number of women in STEM. Fewer girls keep their interest and motivation in science subjects in high school and enroll in STEM degrees. This results in fewer female graduates in science, technology and engineering fields.

As discussed above, the environment, social beliefs, and stereotypes greatly determine how likely girls and women are to retain their interest and motivation in STEM subjects and pursue their passion in their adult life.

Reports revealed that small adjustments in science and technology departments in universities and colleges such as introductory courses with broader field overview can significantly increase the numbers of female students who enroll in and remain in STEM degrees.

Because of the lack of women in STEM, young girls, students, and college graduates do not have many role models that can inspire them to opt for STEM jobs. Stereotypes and biases also shape the public’s opinion on what women in STEM should be or look like.

For instance, in 2015, a software company OneLogic launched its recruitment marketing campaign that featured an attractive female engineer. It received a massive backlash from the public. People, especially males, were complaining that this is not what an engineer would look like.

This resulted in a social media campaign #ILookLikeAnEngineer in order to raise awareness about the issue. There would have not been a need for that if there was more gender diversity in STEM.

As data shows, women aren’t inferior to men when it comes to STEM. Biological differences alone aren’t causing the lack of women in STEM.

However, if colleges, universities, and STEM workplaces implemented the changes necessary to accommodate women and provide more support and a more positive environment for them to focus on their skills without the pressure that men don’t have, we would not only see more women in STEM, but also be able to combat the surplus of unfilled STEM positions.