Home / Women in STEM / 5 Benefits of STEM for Girls

5 Benefits of STEM for Girls 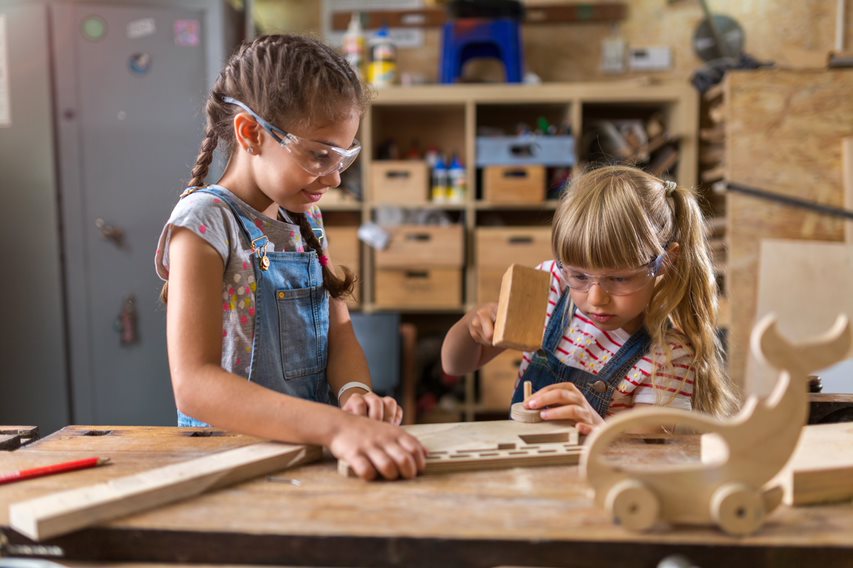 As technology advances, STEM for girls is becoming increasingly relevant. Yet, despite this importance, many still believe that STEM is not for girls.

Nonetheless, evidence shows that such thinking is not the reason but the cause of us having a lack of women in STEM.

Let’s investigate what the benefits of STEM for girls are.

5 Benefits of STEM for Girls

1. Girls Can Gain Confidence in their STEM Skills and Abilities

Such an attitude can cause girls to misbehave in class, and, when the time to choose their future career comes, they are less likely to choose math or science degrees.

However, if from an early age girls would be involved in STEM activities and subjects alongside boys, girls would be more likely to think positively about math and science and not lose interest in them.

2. Girls Can Feel More Comfortable Working with Computers and Technology

It’s a common stereotype that computers, coding, and technology are for men. Some even go further by claiming that girls and women are simply not designed for STEM. You may have even personally observed that women often state not being tech-savvy or feeling extremely uncomfortable with computers.

Is there indeed a biological difference between men and women that explains that or is there more to it?

Studies do indeed reveal that there are cognitive differences between sexes. Yet, they are so minute that they alone would not be able to explain the STEM gap. For instance, only about 20% of Google employees are female and that is a considerable difference.

Moreover, we also know that there have been numerous women in STEM history whose achievements have impacted the history of mankind.

A neuroscientist from Birmingham, UK, performed a special rotation task with both sexes by using British and Chinese participants. She observed that British men performed significantly better than women, but there was virtually no difference between Chinese men and women.

As a result, she concluded that with a little training this difference could be easily resolved.

This applies to girls and technology. If girls got more exposure to computers and technology in the same way that boys do, they would be more comfortable with them from an early age.

STEM involves thinking critically, logically, and analytically. It also requires approaching problems persistently and creatively.  Thus, STEM subjects and activities can teach girls how to think like a scientist.

As a result, they are more likely to become better at problem-solving. Girls can develop the skills of gathering information to understand the root of the problem, as well as approach problems from different perspectives. They are also more likely to persists through challenges and communicate ideas and concepts more effectively.

4. More Girls Can Enroll in STEM Degrees in College

Some sources show that 74% of girls have a high interest in STEM subjects in middle school. Yet, their interest steadily declines in high school and beyond. Because of this trend, few young women choose STEM degrees. Even fewer of them graduate with STEM degrees and have jobs in STEM.

We’ve already discussed how not involving girls in STEM enough affects their confidence, interest, and motivation in it.

However, if we managed to maintain the interest of girls in STEM past middle school and high schools, these numbers could significantly increase.

For instance, 30-40% of young women in India are in STEM degrees. Meanwhile, only 24% of STEM degree graduates are women. The statistics from India show that having more women in STEM in absolutely possible.

5. Girls Can Have Better Career Options

The subjects that we involve girls in do not only teach girls certain skills, but also prepare them for the future accordingly. Actively involving girls in STEM subjects and activities can teach them the relevance of STEM for the future.

It’s a known fact that as technology evolves, it will transform the job market. STEM skills will be essential, and most low-level jobs will be performed by machines.

Therefore, girls most definitely will need to develop STEM skills in order to retain their employability. In addition to that, STEM jobs are also some of the highest paid. Thus, they would provide girls with more financial security in the future.

Do you agree with these points? What can we do to make girls more comfortable with STEM and retain their interest in it?