How the Choice of Toys Impacts the Future of Girls 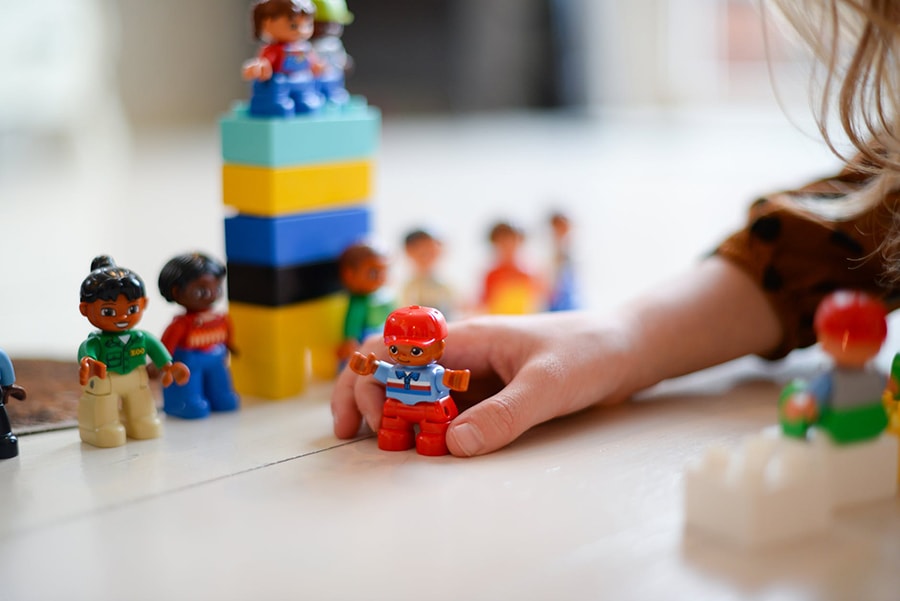 As adults, we spend about a third of our lives at work and do some play on the side to rest and recharge. For children, especially in the earliest stages of their lives, play is work and it is essential in child development.

Play and toys are how children safely learn about how the world works and develop a variety of skills.

However, the impact of toys may go far deeper than that. The choice of toys can shape children’s perspective and personality. Toys can also impact children’s views on gender as well as their future job choices.

In the past decades, the US has been striving toward a more gender-equal society. However, despite the advancements, there is still stark inequality in certain industries. Women are underrepresented in some fields, yet overrepresented in others.

According to the US Department of Labor, there is a large concentration of women in fields like health services, social work, education, and the service industry. About 60-98% of all workers in them are women. In the meantime, the numbers of women in the fields of science, engineering, and computing are significantly lower. Less than 30% of the workforce in STEM jobs is female.

Data from the UK shows a similar trend – women are more likely to work more feminine jobs whereas men are found in more masculine positions.

Considering that both are developed 1st world countries with strong gender quality movement, we would expect this inequality to gradually become less prominent. Yet, the opposite is true.

It is especially noticeable in STEM – the percentage of women in science and engineering professions is actually declining. This isn’t optimal as we need more women in STEM for a variety of reasons.

This may lead to the assumption that women aren’t designed for STEM. Yet, scientifically gender differences do not explain the lack of women in STEM. Moreover, in less developed countries where gender equality movement is less prevalent, the numbers of women in STEM are much higher.

Could there be a variable that we’re not considering but should?

Yes. There is strong evidence that this missing variable could be…

Recent studies indicate that by the age of 6 girls will have already learned gender roles and differences. That is before they even start school.

Other reports indicate that the UK and the US are among the three top countries according to spendings on toys per child. What is more, the US has the largest toy market in the world.

Is this just a coincidence or could this explain the persisting STEM gap?

Sociologist Elizabeth Sweet, Ph.D., from the San Jose State University as well as other sociology doctors think that that’s exactly the case.

Toys Can Determine the Future of Girls

Sweet has extensively studied the marketing of toys throughout the generations and has noticed several trends. Gender differences were used in advertising in the first half of the 20th century. In the 1925 Sears catalog, toys were either exclusively marketed as boy toys or girl toys. Toy ads referred to boys as little entrepreneurs and marketed more feminine products like tea sets for girls.

In the 1970s, the gender-neutral movement took over. Yet, gender discriminative marketing messages resurfaced in the 1980s.

That’s also the time when TV sets and finding out the gender of an unborn baby through ultrasound became more common.  As a result, companies were able to start producing distinct baby clothing and toys for boys and girls as well as market toys directly to children through television.

Gender differentiating coloring persists even to this day. Blue and gender neutral colors like red, grey, green, and yellow are common in boy toys while pink and purple are exclusively girl colors. You may also notice that there is Lego and there is Lego for girls. As you may suspect, the latter is predominantly pink and purple. It also has the aspect of socialization that regular Lego does not.

Scientists are actually warning toy manufacturers against this. Studies show that preschoolers attribute certain qualities to colors based on gender labels and these can be easily manipulated. This means that assigning colors and labels to toys as well as controlling which toys are for girls and which are for boys affects the beliefs that children develop early in life.

Kids also pick up on the subtle messaging in advertising and make assumptions that certain toys are for them while others are not. This can even affect their interest in specific toys.

So, is the fact that jobs like social work, service, and education dominated by women yet STEM fields are predominantly male merely a coincidence?

Benefits of Not Segregating Toys

Dr. Maggie Aderin-Pocock knows quite a few things about breaking stereotypes. She is a British-born space scientist of Nigerian descent.

Her teachers wanted her to be a nurse, yet she pursued her dream to become an astronaut and got a Ph.D. in mechanical engineering instead. In interviews, she admits that her parents did not segregate toys but let her play with anything she wanted. In her case, that were trains and Lego.

What Should Parents Do?

It does not mean that you should be buying dolls for your son and building blocks for your daughter from now on. It should never be about enforcing children to do something. Some girls will prefer dolls, others will like Lego and race cars.

Instead, focus on providing a variety of toys and letting your children explore and discover what their passions and talents are.

What are your thoughts on the role of toys in our girls’ future? What can we do to encourage our children to pursue their dreams rather than cave to gender stereotypes?