8 Statistics and Facts about Women in STEM 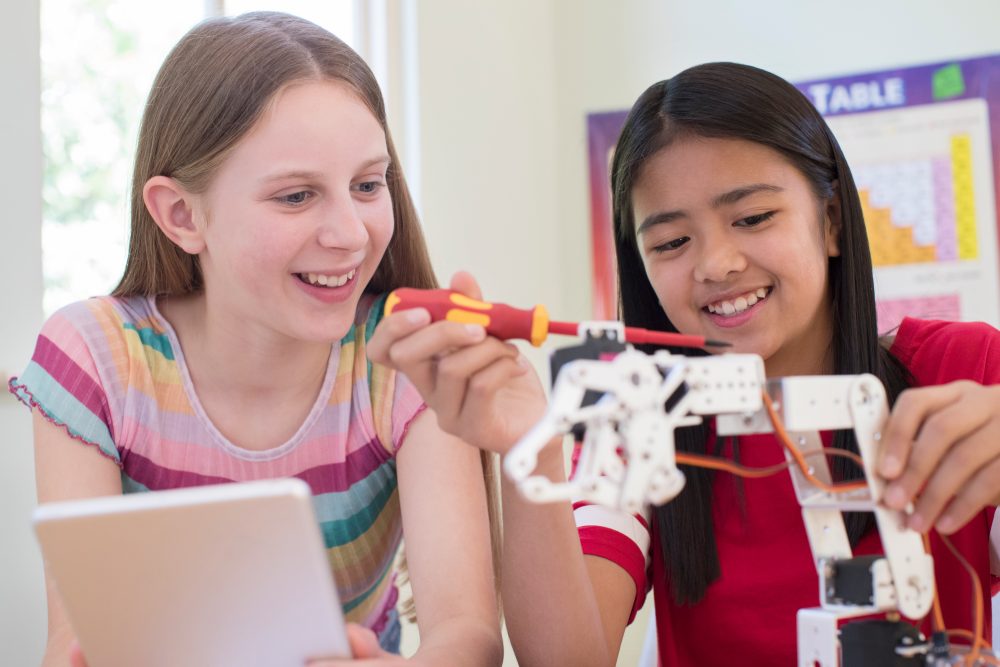 The number of women in STEM fields has grown over the past years and keeps growing. Yet, ever since the origins of STEM fields in the Age of Enlightenment, these fields have been predominantly male.

This gender imbalance is often referred to as the STEM gap. An even despite the growing emphasis on gender equality, the gender disparity in STEM fields remains an issue in the modern labor market.

Let’s take a look at some statistics and facts about women in STEM and see what the state of it is today.

8 Facts about Women in STEM Fields

1. Only About a Quarter of STEM Workers Are Female

As technology advances at a rapid speed, the labor market keeps evolving. As a result, an increasing number of jobs require STEM skills and knowledge. However, STEM jobs are still majorly underrepresented by women.

While women constitute almost 50% of the labor market, there are only 28% of women in STEM fields as opposed to 72% of men.

Statistics demonstrate that an increasing number of women are choosing to study STEM subjects in college. The number of women who are awarded STEM degrees every year has increased by over 50,000 in the past decade.

3. The Gender Gap in STEM Persists

Because of that, the gender gap in STEM does not only remain but is actually growing. The percentage of women with STEM degrees has dropped from 25% to 24%. If the trend continues, this number is going to be even lower in the future.

4. Minority Women Are Underrepresented in STEM

While women are underrepresented in STEM fields both in college and the job market, there are even fewer women of color in them.

Out of all female doctorate graduates in the fields of science and engineering, 86% are white or Asian. Fewer than 4% are Latinas, and less than 3% are black. The same can be observed in the job market as well. Only 1 out of 20 employed scientists and engineers are black women or Latinas.

5. There Are Fewer Female Leaders in STEM

Female CEOs and board members are rare across all fields. Some industries such as financials and consumer staples do have a higher number of leaders, 16.9% and 17.4% respectively. Nonetheless, only 12.2% of board members in the information technology industry are female. This means that out of each 10 board members roughly one is a woman.

Sadly, women on corporate boards are more likely to be more qualified than men. About 16% of all female board members are likely to have prior professional technology experience compared to only 9% of their male counterparts.

6. There Is a Wage Gap in STEM

Female workers earn less than male even in such high-paying positions like STEM. Statistics show that women in STEM jobs are paid an average of 89 cents per each dollar that men in STEM make. In some fields, the wage gap is even larger. For example, female chemists earn 30% less than male chemists.

Married women with children seem to be the most disadvantaged. They not only are paid less but are also more overwhelmed with household chores childrearing which results in greater stress and lower overall happiness.

In addition to being paid less, women in STEM also tend to have high premiums. This may cause them to have an even lower average income.

7. Women Are More Likely to Leave STEM Jobs than Men

The fact that fewer women enter science positions isn’t the only reason why there are few women in STEM in comparison with men. Women are also more likely to leave. Some of the factors causing that are isolation, hostile work environment, and ineffective feedback.

You would imagine that an increased emphasis on gender equality would result in having more women in STEM. Statistical evidence shows the contrary. In America, the STEM gap keeps increasing, and fewer women in comparison with men are choosing STEM degrees and jobs.

It doesn’t, however, mean that girls and women have less aptitude when it comes to science. Test results from 67 countries and regions display that girls are doing as well or even better than boys in science subjects. This means that women are more than capable of occupying STEM positions.

Clearly, something we’re doing isn’t optimal. The question then is: “What can we be doing better to have more women in STEM?”