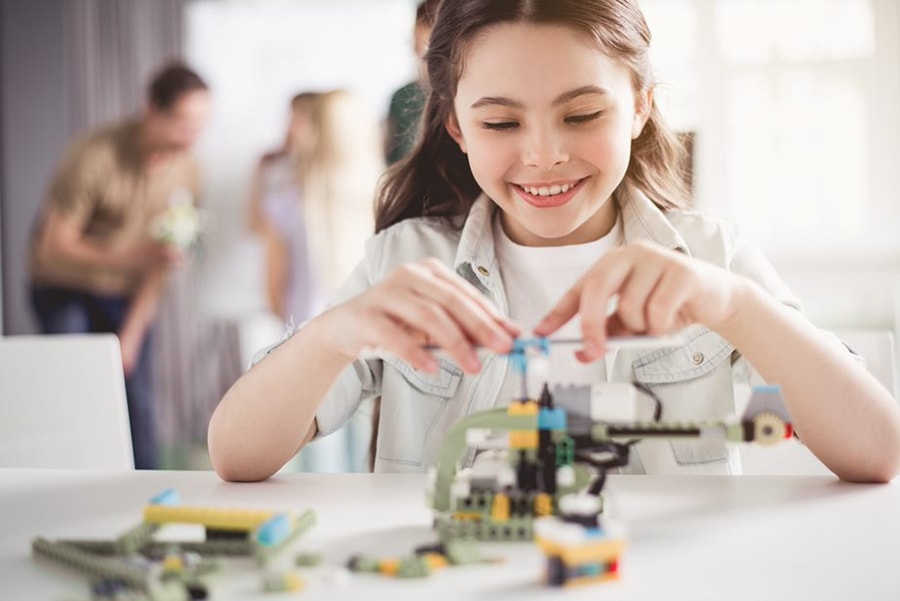 There has always been a lack of women in STEM, and, even nowadays, their numbers in science and engineering professions are still low. One of the contributing factors to this phenomenon is a lack of female role models who would be able to set a positive example to girls and young women in a field that is predominantly male.

Nonetheless, there have always been talented and inspiring women in STEM. They’ve made groundbreaking discoveries or otherwise contributed to the evolution of mankind. Yet, sadly, these women have rarely gotten as much recognition as their male counterparts.

Let’s take a look at some famous women in STEM history and what they accomplished.

We’ll start our list of famous women in STEM by going way back in history. Hypatia lived Alexandria, a province in Ancient Egypt at the time of the decline of the Roman Empire. She was a philosopher, mathematician, and astronomer. In fact, she was the first female mathematician whose life historians have recorded fairly well.

Hypatia taught philosophy and mathematics at the Neoplatonic School in Alexandria, and many greatly respected her for her work.

Throughout her life, she edited and written commentary on multiple works in the fields of mathematics, geometry, and astronomy. Some of her edits may have survived to this day. Hypatia also constructed hydrometers, tools for measuring the density of liquids, and astrolabes, instruments for identifying planets and stars.

When she 10, Caroline contracted typhus. The illness damaged her eyesight and stunted her growth, and she never grew past 4 ft 3. Her family assumed that she’d never married, and trained her to be a house servant instead.

Yet, none of this stopped this German astronomer from excelling in her STEM career.

Working alongside her brother, she made several impactful contributions to astronomy such as discovering multiple comets. Later in her life, she received several gold medals from England, Ireland, and Prussia.

Caroline became the first female scientist to ever receive a salary, as well as the first woman in a government position in England’s history.

Nettie held a doctor’ degree in biology and worked on investigations in cytology. Her most notable contribution to STEM was the discovery or X and Y chromosomes. This led to a string of new discoveries such as the correspondence of heritable characteristics to chromosomes.

While the Nobel Prize for the discovery of the structure of DNA went to three male scientists, it wouldn’t have happened without the help of Rosalind Franklin, an English chemist.

Rosalind had always wanted to be a scientist, yet her father strongly discouraged her from doing so because of how hard it was to be a female scientist at the time. Rosalind pursued her dream regardless.

Throughout her work, she managed to get Photo 51, a high-resolution X-ray image of crystallized DNA fibers. It was something that another group of scientists had hypothesized yet had no confirmation for. Rosalind endured much gender harassment throughout her career and did not receive the appreciation for her work that she deserved.

Rosalind suffered from ovarian cancer but continued doing research and publishing papers. She died at the age of 37, 4 years before the Nobel Prize for the discovery of the DNA structure was awarded. Despite her important contribution, she never received it herself because the Nobel committee does not award prizes posthumously.

This American biochemist also suffered from a serious illness as a child. She contracted polio and, as a result, had a limp her entire life. Yet, academically, she excelled.

Florence earned a doctorate’s degree from Yale University and taught at several colleges. However, her greatest contribution was in tuberculosis research. She was able to purify a protein from tuberculosis bacteria. This then became an international standard.

Florence also made intravenous injections much safer than before. She did that by inventing a method of creating distilled water that was free of contaminants.

Marie Curie may be one of the most well-known women in STEM history. The Polish Native was a chemist and physicist who made significant discoveries in radioactivity alongside her husband Pierre Curie.

Throughout her career in STEM, Marie developed the theory of radioactivity, methods of isolating radioactive isotopes, and discovered radium and polonium. During World War I, she invented portable X-ray machines that field hospitals could use.

As a result, Marie became the first woman in history to win the Nobel Prize as well as the first person to ever win it twice. She is also the only woman to have ever won two Nobel Prizes.

These women are only a few of the famous women in STEM who contributed to the evolution of mankind and done that despite how hard it was for women to work in STEM.

Who else do you think should be in our list?